Remember how people started to fight for the right to have backyard chicken coops in the city a few years ago? It seems that some people didn’t understand that it might be hard work:

Hundreds of urban chickens are abandoned across the U.S. every year — and that number is on the rise, according to a spokesman for the Humane Society in the United States.

The best part of the article?

Chicken Run Rescue’s owner blames the problem on “hipster farmers” who don’t understand what they’re getting into when they decide to purchase chickens for their backyard.

My youngest son always wanted a chicken coop in the back yard of our house in Westford, Massachusetts. I had a feeling that this might be a potential income. But he had an excuse – he was just a kid.

The latest version of the Large Retailer Accountability Act would require outlets of some major retailers to pay a “living wage” of no less than $12.50 an hour, significantly more than the D.C. minimum wage of $8.25.

Not all major retailers though. Just one:

While the bill would apply to some other retailers — such as Home Depot, Costco and Macy’s — a grandfather period and an exception for those with unionized workforces made it clear that the bill targets Wal-Mart, which has said it would open six stores, employing up to 1,800 people.

Whether you love Wal-Mart or hate it, it has become successful while following the same rules as other retailers in the same areas. It pays the same minimum wage as those other retailers. Yet it is singled out for punishment for its success in the form of higher wages than its competitors. You can argue for Wal-Mart to pay higher wages, but then you must argue for all retailers to pay the same wages.

If the legislation passes Wal-Mart says it just won’t open any stores there:

As a result, Barron said, the company “will not pursue” stores at three locations where construction has yet to begin — two in Ward 7 and one in Ward 5. He added that the legislation, if passed, will also jeopardize the three stores underway, pending a review of the “financial and legal implications.”

That sounds like a real win-win for the city. No Wal-Mart, and no new jobs.

After releasing financial figures that fell well short of expectations Thursday, the RIM co-chief executives said the new generation of BlackBerrys expected to bolster flagging revenue won’t be in consumers’ hands until late next year.

“We ask for your patience and confidence,” Lazaridis said after RIM reported third-quarter net profit of only $265 million US.

“We wanted to make sure the product we launch in the U.S. has the performance and battery life expectations that consumers are going to be expecting,” he said.

From the CEO of BlackBerry (formerly RIM) in July 2013:

Asking for shareholders’ patience, Heins said his efforts to revive BlackBerry’s fortunes were difficult and far from complete.

“Our transformation is ongoing and in no way easy,” he told an auditorium packed with investors inthe company’s hometown of Waterloo, Ontario. “This is a long-term transition for the company but I can assure you that we are pushing very hard.”

I’m not a shareholder, but I do live in Waterloo, Canada, home of BlackBerry. Problems at BlackBerry are felt throughout the community.

I have to say though, BlackBerry shareholders seem to be just about the most patient people in the world. They’ve already been waiting for years and there is no end in sight.

For a company that claims the U.S. is only 20% of their market, they certainly placed a lot of blame there:

He admitted, however, that the U.S. smartphone market is particularly challenging, in part because wireless carriers here have their own short-term pressures to move devices in order to make money on their services.

I understand that he was speaking to a hometown crowd with a hockey analogy, but he might want to switch to a basketball or football version for the U.S. And it might help if he could actually describe in basic terms where he thinks the puck actually is going. Because right now they don’t even seem to be in the game.

It seems like once a week now that I read a story about how technology workers are all young:

PayScale, a company based in Seattle, has determined that the median age of workers at many of the most successful companies in the technology industry, along with information on gender and years of experience.

Just six of the 32 companies it looked at had a median age greater than 35 years old. Eight of the companies, the study said, had median employee age of 30 or younger. Women were generally less than 30 percent of the work force, and in fields like semiconductors, represented much less than that.

Other factors are also in play, however. “The firms that are growing or innovating around new areas tend to have younger workers,” said Katie Bardaro, the lead economist at PayScale. “Older companies that aren’t changing with the times get older workers.”

As you get older you just get used to seeing this kind of hiring, justified or not. I just remember that today’s 30 year olds are tomorrow’s 50 year olds.

Geoffrey R. Stone, a professor of constitutional law at the University of Chicago, said he was troubled by the idea that the court is creating a significant body of law without hearing from anyone outside the government, forgoing the adversarial system that is a staple of the American justice system. “That whole notion is missing in this process,” he said.

No amount of ephemeral safety is worth the real loss of liberty.

I sometimes quote and link to articles in my local paper, The Record. As a print subscriber to several papers, I often first see the printed version, then have to locate the online version of the same article to link to. Yet newspaper online search is universally abysmally bad. It isn’t just The Record, but it was this morning.

I was searching for an article using the search terms “region of waterloo staffing review”. The Record gave me this:

You’ll notice that not one of these articles relates to any of those terms. It’s as if they just pick whatever they want to show me.

So I searched Google News and got this:

What I’m looking for is the very first hit.

Newspapers had the chance to be the primary source of news and local information. But they gave up all of that power to Google and services like it. If they can’t help me find their own article in their own paper, how can I depend on them for anything else. Newspapers are dying because they seem unable to solve the problems in their own businesses.

The Region of Waterloo is going to review its staffing structure this fall:

A review of the region’s staff structure will be conducted in the fall to see if services are delivered effectively and efficiently.

And while a similar review by the City of Waterloo earlier this year resulted in the elimination of nine positions, Region of Waterloo officials aren’t making any predictions about what the exercise will mean for staffing.

Don’t get too excited. The article is already misleading. The City of Waterloo did indeed eliminate nine positions, but also created fifteen new ones and a whole new department. Oops. Forgot to mention that, even though the same paper wrote about it back in May.

You might be tempted to think that politicians have decided to actually act on behalf of the people who elected them to reign in the rapidly increasing costs at the region. I’ll go out on a limb right now and suggest that you shouldn’t hold your breath. The region has been on a hiring spree in the past few years despite the economic situation in the region. The article doesn’t once mention the possibility of cutting jobs. It goes completely the other way:

“Any organizational review has implications,” he said. “It could go the other way, to where we might identify the need for more staffing but I don’t think we’re in the climate (for adding.)”

Yup. They’re setting you up for the inevitable conclusion that they are understaffed. It is nice that he recognizes the current climate, but that hasn’t stopped spending before.

Anybody want to place a small wager that the review suggests hiring more people? Didn’t think so.

When the movie Pirates of the Caribbean came out I thought to myself “A pirate movie? Who is going to be interested in a pirate movie?” Yes I’ve been on the ride at Disneyland and I had the book as a kid, but really?

Of course I was blown away by Johnny Depp as Jack Sparrow like everyone else.

When I heard about the Lone Ranger I thought pretty much the same thing. I watched the show as a kid, back in the olden days when John Wayne and westerns were quite popular. But I couldn’t see a resurgence of the genre on the horizon.

But then again, Johnny Depp as Tonto, so who knows.

Sadly, it seems that the world isn’t yet ready:

Walt Disney Studios spent the July 4 holiday watching its expensive action western, “The Lone Ranger,” disintegrate in a box-office collision with a strong performance by the goofy little animated heroes of Universal Pictures’s “Despicable Me 2.”

Then again, it’s difficult to be a lost genre movie up against a reliable kids’ franchise movie. 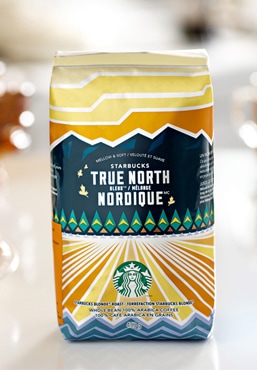 Starbucks Canada held a contest to rename their Veranda Blonde coffee and they announced the new name – True North. As True North would be the lightest Starbucks brewed coffee I’m surprised that nobody familiar with the Canadian national anthem noticed the irony of the name.

True North coffee is neither strong nor free.

Perhaps the problem with police force budgets is that the people making them don’t understand the difference between “reducing” and “increasing“:

Service cuts are “inevitable” if next year’s police budget is reduced, said the president of the Waterloo Regional Police Association.

Bruce Tucker was responding to regional council’s recent “guideline” of a 0.9 per cent tax increase for police services in 2014.

Mr. Tucker seems to think that a increase in money for police service is a budget reduction. Yet that 0.9% tax increase translates into roughly a 4-5% increase, on top of a 7.3% increase last year. And this is at a time when the inflation rate is running a little over 1%. I wonder how he could possibly deal with an actual budget reduction?

No need to worry though, because the Region of Waterloo will surely give in to whatever demands the police department has. They always do. They’ve even started the capitulation process already:

Tom Galloway, police board chair, told the board that the 0.9 target is a “starting point for discussion” and doesn’t bind the board to that goal.

“The board will use this as a guide and if we can comply with it great. If not, it is up to the board what to do,” Galloway said in an interview. [emphasis mine]

If only our elected representatives showed the slightest concern for the people they are supposed to represent.